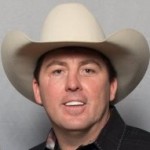 We hear this often: “Scott is a very hard player to beat. He wins all of the time. I keep trying, but I cannot win. This game is rigged, right?”

We admit, the odds my not appear to be in your favor, but that is not because of any cheating. After all, Scott is a world champion and wins often at everything he does; a true formidable opponent in bullriding, and at playing the card game that he invented. He knows the rules well. Do not disrepair, you can beat him if you know a few tricks. We will give you some hints so you can impress your friends and get on the high score boards. If you beat Scott, you automatically get a place of honor on the high score list. This is a public achievement, so all will know you are a superstar too. To see this list, just tap the button “High Scores” when you are in VERSUS mode playing single player against Scott. You will get this option if you are logged on.

Rule #1 – Do not get bucked off. – Duh! What kind of lame advice is that? Well, actually it is very good advice, because every buckoff hurts badly. It will devastate your average score in no time. If you get bucked off, you might as well give up, well almost. Scott seldom bucks off, but will occasionally make a mistake and draw a bad card too. If you get bucked off two or three times in a single game, you will probably need a miracle to win. However, we have seen winners with very low scores beat Scott. As a general rule, try to avoid buckoffs at all costs. The next few tips will help you improve staying on your animal.

Rule #2 – Avoid the double Cowboy Up. – A Cowboy Up happens when you hit 16. The game automatically forces you to draw another card. You have about a 30% chance to get bucked off when a Cowboy Up happens. The next card drawn is often a ten. That is because there are a lot of tens in the deck, sixteen cards to be exact, four for each suit, Ten, Jack, Queen, King. With only 54 cards in play (two jokers included), playing “Russian Roulette” with a three chamber gun is not where you want to be. Nobody can avoid the single Cowboy Up. It just happens based on the cards dealt. When it happens, just say a little prayer and maybe your next card will not be a ten. So how do I get a double Cowboy Up, you ask? If you get an Ace and a five, that makes 16, 11+5. That is your first Cowboy Up. With an ace split like that, you can get another 16 on your next card if you draw a ten after the first 16. The next hit becomes a 1+5+10=16. A few other combinations will cause the same hit on a 16 the second time. So avoid the double Cowboy Up and just stop while you are ahead and stand. Of course you can play the odds and increase your 30% chance of a buckoff to more like a 50% chance of bucking off if you want too. Now you are playing with only a two chamber gun. That is not good strategy. Our advice is to cut your loss and stand on whatever you get after a Cowboy Up.

Rule #3 – Play it cool. – Too often we get a score that we think is too low, so we try again. Och! Another buckoff. Is there an undo button? Maybe we will program that in later, but for now, once you play a card, you live with it. Play your hits wisely. We already learned that there are sixteen cards in the deck with a value of ten. Any score over a 16 means you have a 30% chance to get a buckoff, right? Actually, the odds go up even more the closer you are to 25. Is that 18 really worth another hit? Sometimes it will be good to you, but then again, your odds go from a 30% buckoff to a near impossible odd at 24. That is because more cards become bad cards the closer your score is to 25. For example, to avoid a buckoff on a hit at 18, means you have to get a 7 or less. 18+7=25. That means cards with values of 8 and 9 are just as deadly now as the ten, jack, queen, and king. Now you have 6 bad cards per suit, or 24 out of 54 cards that will buck you off. That is a 45% chance of a buckoff. Now you are almost to that two chamber gun again. Not a good place to be. Now you say to yourself, I am a risk taker, I will hit on an 18 because I see it the other way. It is a 55% chance of winning! Maybe so, but playing conservative is a more safe bet. This is where the game gets interesting. Do you risk it, or play it cool? Our advise is to be cool and not a fool.

Rule #4 – Count your cards. – We agree, counting cards is hard boring stuff. Hint: Scott does that. It is a legal and smart way to play. That is what makes him so hard to beat. He looks at the cards dealt and figures out his odds to hit or stand. Of course his computerized brain is doing that in a blink of an eye, but if you really want to match wits with him, counting cards is a viable option. Every card played is known in Rodeo Judge. No hands are placed face down. On the scoreboard page, just press on the score you want to see and a pop-up will show you the played hands. This works with all players, even in multiplayer games. If you play fast and loose and do not look at your opponents cards, you might miss something important, like knowing that both jokers were played, or all of the aces, etc. A quick glance can help improve your game because now you are an informed player and not playing against a black box.

There are other tips we can share. We will try to do that in the coming days. If you found a tip you want to share, please reply to this post with your ideas. We would like to hear from you, so does everyone playing the game. We all want to beat Scott and be the best.